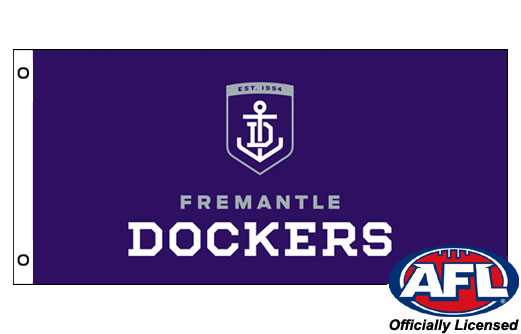 The Fremantle Dockers flagpole flag is a premium quality Fremantle Dockers footy flag that can be attached to a flagpole, used as a wall hanging for your club room, mancave or games room, and displayed in a window to show the whole neighbourhood your true footy colours.

The Fremantle Dockers flagpole flag is made from premium quality nylon material, has reinforced hoist with 2 nylon sister clips for attaching to a flag pole of for hanging on a wall or displaying in a window.