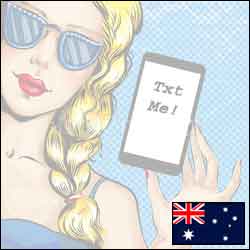 Krystena is a single female seeking a 20 to 30 year old male in Queensland, the surrounding suburbs, or nearby towns.

Txt or Message me if you want to have a chat and want to get to know me a little better.

Find thousands of single women just like Krystena on any of the following safe and secure online dating communities:

love working out hanging with my besties at the beach and just having a good laugh with close friends dont hesitate to chat to me I'm friendly.

I'm nit on here for a fling I'm not just a bit of fun for nownot trying to lock someone down just talk and see how it goes. least of it is we end up mates. I'm not sure what I'm looking for its not about prince charming or a fairytale. I don't believe...

I'm an easy going chick with lots to offer. I enjoy all sorts of things that life has 2 offer. I love the outdoors and just hanging around indoors in my pjs! I have fabulous kids that keep me super busy with all there schooling and sporting activities!...